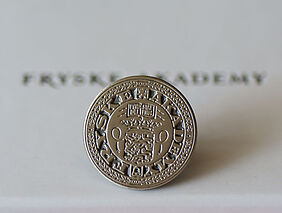 Martsje Miedema-Loonstra joined the classroom in Gorredijk after graduating from the Kweekschool. That stopped when she got married. Later, she took a course with the Afûk, among others. That course became an LO certificate and then MO-A. After that, she became one of the most adept teachers at the Afûk, with her own specialism: 'pommeranten' (celebreties) courses. A culture eventually emerged in Fryslân, that one cannot hold a managerial position here if one does not make an effort to actively master Frisian. Martsje Miedema has largely contributed to this culture change.

Lida Dykstra's career began in the 1980s as a staff member of the Monument of the Month Foundation and then as curator of the Museum Joure. Later, she started writing. Her authorship was given an extra dimension by having her historical and monumental background featured in many books, especially for older children. In Lida Dykstra, Fryslân has an ambassador of more than just children's books. She brings the history, literature and culture of the province of Fryslân to the attention of a wide audience, and she does so with accessible and beautifully designed books of high quality with which not only children but also adults can broaden their horizons and enrich their world.

Throughout his life, Sake Roodbergen has been fascinated by nature, in and outside Fryslân. He was a biology teacher in Akkrum for many years, but his national breakthrough came when he was asked to join the Policy Committee of the Union of Frisian Birdwatchers in 1987. From 2004, Roodbergen has been actively involved in establishing numerous official name lists. With his efforts, he has contributed immensely to the development of Frisian as a language of science and policy. He generated (new) interest among many Frisians in Frisian names for everything around us and stimulated the use of these Frisian names.

Immie Jonkman has played a major role in numerous appealing, province-wide cultural events for years. In doing so, she is one of those who consistently advocates Frisian-language interpretation. Immie Jonkman not only has an eye for this, but also shapes it in places where new culture is made. Her efforts in that area at the Slachtemarathon, the Oranjewoud Festival and Arcadia cannot be appreciated highly enough.