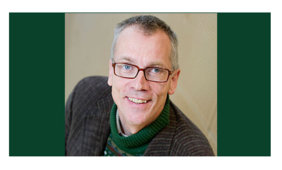 The academic journal European Journal of Literary Studies features a literature review by Eric Hoekstra, researcher at the Fryske Akademy. He wrote an article on the short story 'Britting, de gûchelder. Yn tobinnenbringen' (1899) by the Frisian writer Tsjibbe Gearts van der Meulen (1824-1906), which is claimed to be a literary masterpiece.

In the short story, Van der Meulen presents a seemingly innocent memoir about a stranger, Britting, and his wife, who spend some time in Burgum, Van der Meulen’s home town. A second storyline features a very humorous description of catechism conducted by the pastor of the local church. Upon closer inspection, the two storylines reveal a complex interaction, full of biblical allusions, which are used to convey Van der Meulen’s deeply cynical world view. In this world view, humanity consists of tricksters and dopes, featuring the church’s pastor and Britting the magician as supreme examples of tricksters, and the congregation and the villagers as dopes.

The literary analysis presented here by Eric Hoekstra is meant to unravel the winding paths of Van der Meulen’s incidental genius as a story-teller, revealing the wealth and complexity of the interacting allusions between the two storylines. Van der Meulen’s style is very similar to that of Laurence Sterne in Tristram Shandy.

Eric Hoekstra's article, 'Britting, the magician - of tricksters and dopes, and deceptive storylines' was published in European Journal of Literary Studies: Vol 4, No 1 (2022). It has an appendix with an English translation of Van der Meulen's masterpiece.