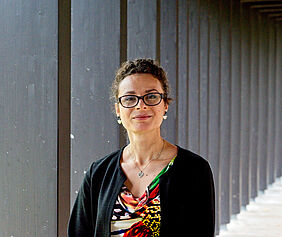 Influence of Dutch on Frisian varies

The Frisian spoken language has a lot of variation, not only in terms of the Frisian dialects, but also in terms of the influence of Dutch. The results from research by linguist Nika Stefan (Wrocław, Poland, 1985) confirm the widespread occurrence of loan words and loan constructions in spoken Frisian and the difference with the Frisian standard, but also show that language contact is a complex process in which several factors have been achieved. On Monday 24 October, Nika Stefan will receive her doctorate from the University of Amsterdam - according to good Frisian custom in the Martinikerk in Franeker - for her thesis entitled: Spoken Frisian: Language contact, variation and change.

Stefan's thesis provides insight into the use of and variation in spoken West Frisian against the background of the Frisian standard language and language contact with Dutch. Frisian is a minority language spoken in the Dutch province of Fryslân. In particular, it is a spoken language characterised by a wide diversity in dialect variation. All Frisians are bilingual and their fluency is often higher in Dutch than in Frisian. Spoken Frisian is known to be influenced by Dutch, but not much is known about the actual language variation in Frisian as used in everyday life.

The research was conducted as part of a larger study in Fryslân - a sociological language study - of which this PhD project is part. For both projects, an online questionnaire was developed and completed by 3,700 participants, varying in age (≥18 years) and living in different parts of Fryslân. About 250 of the 3,000 Frisian-speaking participants who completed the language part of the questionnaire were invited for an in-depth interview.

The results confirm the widespread occurrence of loan words and loan constructions in spoken Frisian and the difference with the Frisian standard, but also show that language contact is a complex process in which several factors play a role. Not only can the borrowability of Dutch words and constructions vary widely, the popularity and acceptance of them among speakers also varies widely. With language knowledge and awareness actually exceeding general assumptions, it appears that speakers of Frisian consciously choose to adapt their language use to different interlocutors and situations.

Time and location
The promotion will take place on Monday 24 October at 14:00. Location: Martinikerk, Breedeplaats 2, Franeker.